What Happens in Vegas Comes to New York 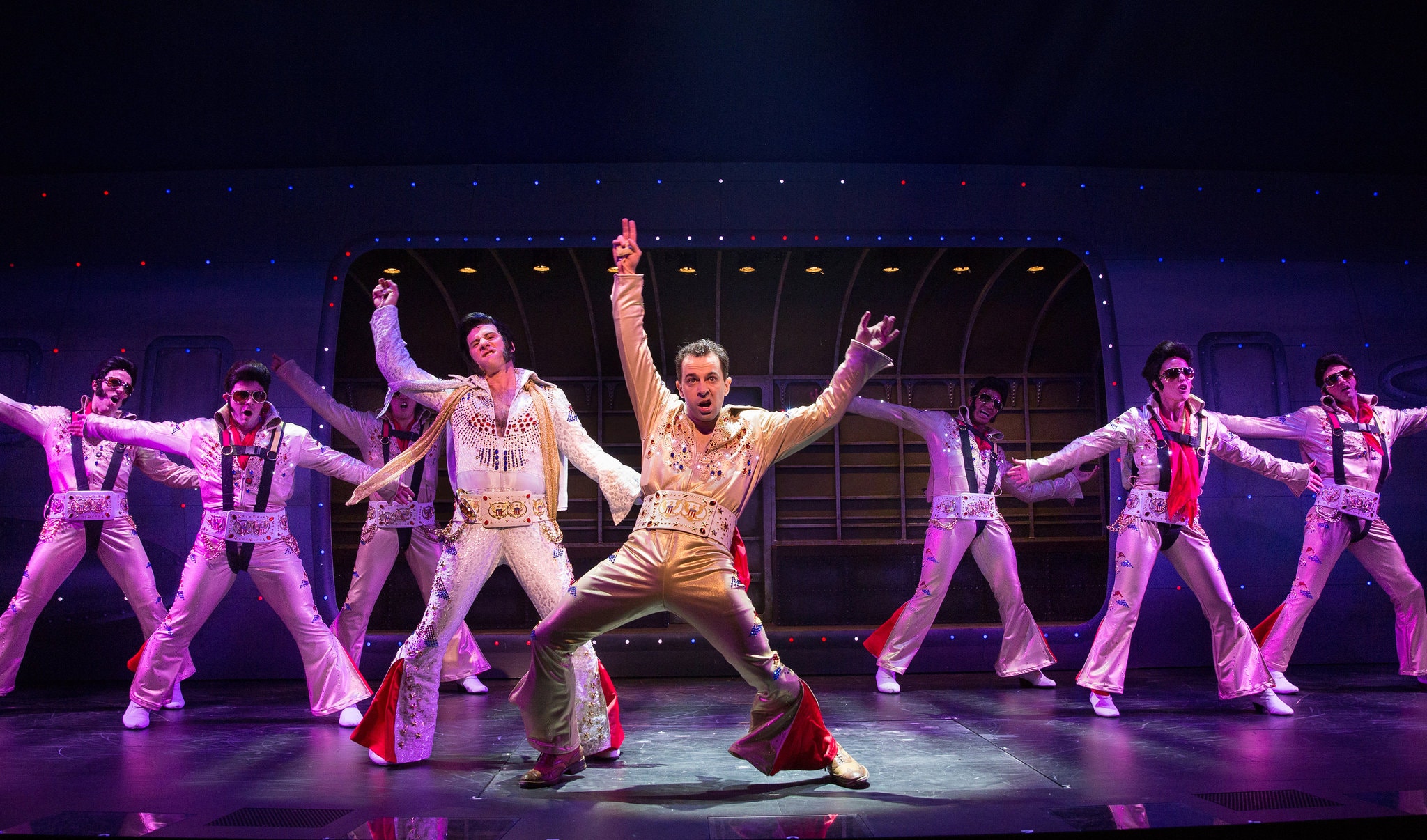 Wake up and smell the mai tais, New York. Las Vegas has come calling on you. And it’s on such good behavior, you’d be a churl not to embrace it as if it were a long-lost sibling.

As embodied by the bright and bouncy new musical “Honeymoon in Vegas,” which opened on Thursday night at the Nederlander Theater, the world capital of gambling and neon is everything you want it to be. That means a little hip, a little square, a little dangerous, a little kitschy and a whole lotta delicioussh fun. (Oh dear, am I slurring? Sorry.)

But here’s the bonus, in which East (Coast) meets West: This production is also a real-live, old-fashioned, deeply satisfying Broadway musical in a way few new shows are anymore. Adapted by Andrew Bergman from his 1992 movie, with a swinging score by Jason Robert Brown and a smooth-as-Ultrasuede star turn by Tony Danza, this show offers the perfect sunny holiday for frozen Eastern city dwellers.

“Honeymoon in Vegas,” which also felicitously stars Rob McClure and Brynn O’Malley as wide-eyed Brooklynites in Sin City and is directed with exactly the right synthetic-satin touch by Gary Griffin, was first staged more than a year ago at the Paper Mill Playhouse in Millburn, N.J. It generated great buzz and reviews to match.

Thank you! Please check your email to confirm your subscription.